In addition to the commands ( EDL, EDP, and EDM) the following commands to be used for editing pipes

Add Pipe
Pipe can only be added between 2 nodes. Pick the 1st then the last.
Note: the pipe will be created with the lowes level of the node and default pipe size (160mm), it will need to be modified for the correct properties and levels.
Delete Pipe
Pick piped to delete but be careful it will delete the profile in which that pipe is a member. If the pipe is crossing a profile, it will need to be updated manually.
Reverse Pipe
Flow direction can be reversed using this command
Unify Pipes Direction
This command will insure all pipes are in one direction from the first node picked toward the second one.
Fix Gravity Pipe Direction
Selected pipes will be corrected to  to follow the flow direction according to the invert level values, from higher to lower. 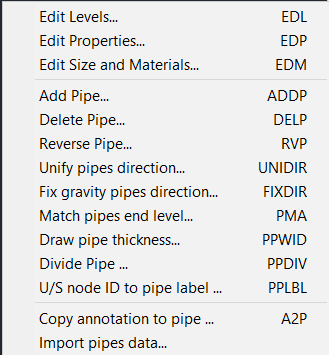 Draw Pipe Thickness
With this command pipes width in layout will be drawn to scale as shown.

Divide Pipe
This command will prompt user to choose how to divide the pipe by adding more nodes. The options are
- Vertices: This will insert more nodes at the vertices of the pipe's polyline
- Interval: The pipe will be divided into segments according to the given distance
This may leave smaller portion at the end.
- No of segments: The pipe will be divided into equal segments of the given number 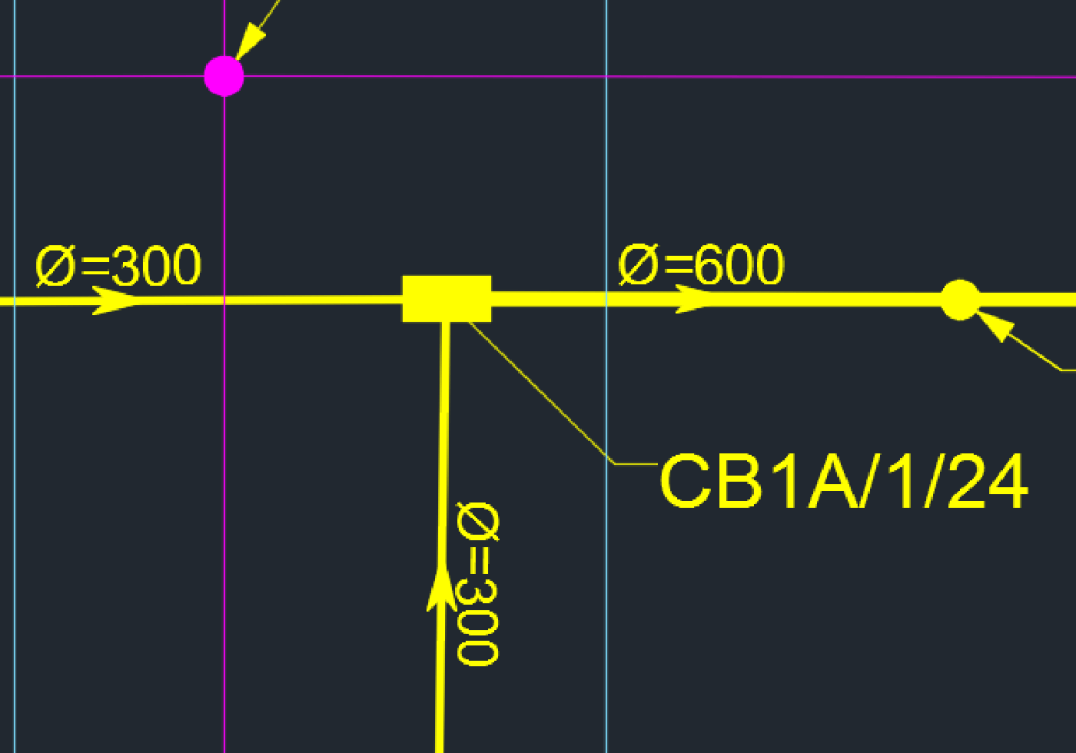 Match Pipe Levels
Pipe levels (crown, center or invert based on connection type) can be copied from another pipe connected to the same node.
Pick the destination pipe then the source pipe. The command works in layouts as well as profiles.

If nodes are numbered properly, then the Upstream node ID can be used to create unique pipe label by adding optional prefix and/or suffix to it.

Copy Annotation to Pipe
This command will try to parse text near the pipes and update pipe data. the command uses regular expressions to figure out the information, for example this expression  %%[Cc]* means lines start with diameter symbol will be copied to the pipe as diameter.   IL* means lines start with IL will be considered Invert level of the pipe end near the text, and so on. 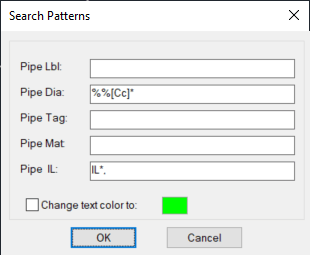 This will enable user to import data to the existing pipes from CSV files based on either upstream/downstream nodes or pipe label if available. if the US/DS Nodes selected then Start Node and End Node fields must be imported and the same with the Label.
For fields that are not needed to be imported the option Do not import can be selected from the drop down lists. 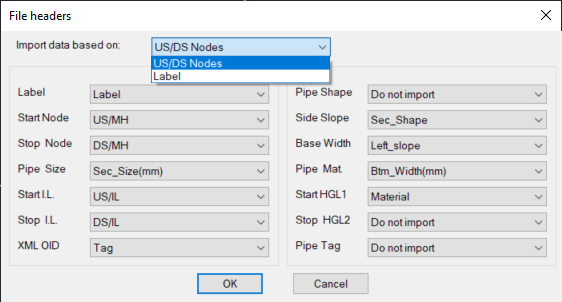